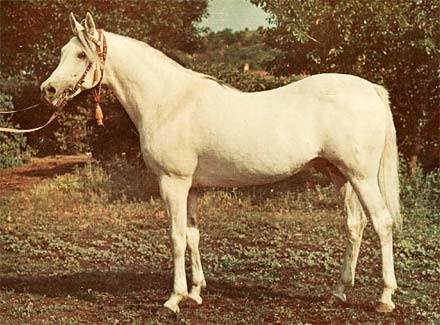 Aswan was gifted to Russia in appreciation for Russia's assistance in constructing the Aswan dam. Aswan was 25% Crabbet.

Aswan, made an indelible mark on the mares of the Tersk Stud where he often sired very exotic foals, those out of the best race mares were also very athletic, of these 21 were Stake Winners and three; Start, Pirit, Parapet were Derby Winners, 19 others were Stake Placed. Aswan sired 184 Get among them the stallion Patron (a three time Dutch National Champion the sire of US, Canadian and Dutch Natl Champion Padron) and *Abdullahhh (the 1981 World Champion Stallion).

Aswan was originally named Raafat by the breeder the EAO 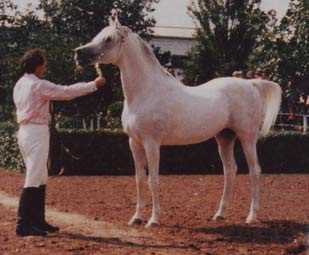